April 1907 – Teenager Lily Kitching sits in the family home on Ripon Street, Grimsby with her parents. A single mum, she’s nursing her week old baby boy who as yet still doesn’t have a name.

They open the newspaper and see an advert.

A few days later a letter arrived at the Kitching’s House from a Mr J Baker. It said that he and his wife were glad to hear from them, and would be pleased indeed to have the baby, as it was only a few days old it would be easier to raise as their own. The letter insisted that the baby must be given up for life – and the Kitching’s must also pay them £15…

There were further details “my Wife” Mr Baker also stated “has undergone an operation about 2 years ago and is consequently deprived of god’s blessing.” It was also pointed out that they were well-to-do and comfortably off.

Convinced the Bakers were genuine Lily and her mother responded and a number of letters went back and forth – making arrangements.

A week later – a nicely dressed and well-spoken young woman arrived at the house in Great Grimsby, Mrs Baker.

She said she was going to Bristol, and when she got there she would have a photograph taken and sent, and she invited Lily, if she was ever in the area, to drop by and see the little one.

The new grandmother handed over the neatly wrapped baby – and £11 cash – and the visitor left Grimsby, with the child.

But two days later another letter arrived at the Kitching’s house – it was from the Bakers and they were demanding more money – £5 10 shillings more – £2 of it to cover the cost of the train. If they received swift payment the matter would be settled!

This rattled Mrs Kitching and immediately she went to the address that had been given in Liverpool to find out more, but was horrified to discover that it was just a ‘letter call office’.

Realising something was seriously wrong she headed to the police station and told them what had had happened.

But it was a tale that had a familiar whiff to the officers.

The information Mrs Kitching’s provided was vital and the police were able to follow it up.

The next day Sergeant Moore and his detectives visited a sweet shop in the city centre – on Scotland Road – they went inside – headed upstairs and found a young couple sitting down having tea.  He told them why he was there.

The man naively told the detectives to come back in 10 minutes. Both were arrested on the spot. They were sent in a car to the station.

Moore searched the premises and found various items of clothing of a theatrical nature. Inside a number of the garments he found a series of keys of various shapes, sizes, and ingenious telescopic designs.

With the suspects sitting in the cell – and still no sign of the 2 week old baby boy the investigation into what had happened hastily expanded. 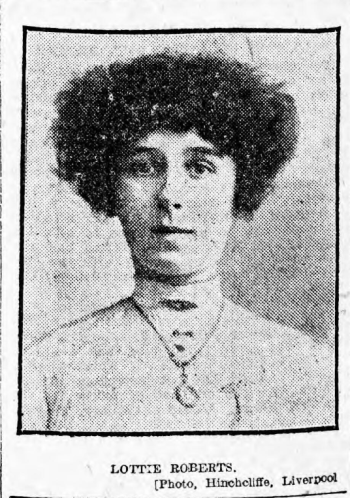 But what they would uncover, and the shocking scale of it, would make them shudder.  The detectives were about to discover probably the biggest baby trafficking operation the country had ever seen.

The couple met in Shrewsbury. But how did they meet and what inspired them to become baby traffickers?