Paddle into the Past part 3

From Coleham Bridge to the weir. Here’s the third and final part of the history of the River Severn in Shrewsbury as viewed from a canoe.

FOR PART 1 Paddle into the Past Special- part 1

The guide was archaeologist Nigel Baker whose interest had been pricked when more than a decade ago he paddled the loop of the river in his canoe and saw wealth of history brimming at the river bank, and very much untold.

Coleham bridge joins Coleham with the St Julian’s Friars part of the town.

Julian’s Friars gets its name from the order of monks who settled there in the year 1245. They were just inside the loop but outside of the town walls on what was then cheap land.

They did tremendous service for the poor people in the town. For example, if someone died it would cost money to have your loved one buried in the church in the centre of town with all the necessary rituals and prayers. But the Friars would do it all for free and offer healthcare and poor relief. You may also have felt that a church burial amongst the stuffy town centre folk may not have been for you.

There were 3 orders of Friars in the town: St Austin’s Friars which was where the Sixth Form college by the Welsh Bridge now stands, St Julian’s Friars, and Blackfriars which was on St Mary’s Water Lane by Traitors Gate.

The Friars were well liked in the community because of the good work they did for ordinary people.

Many took advantage of their free burial service and as a result there are probably hundreds of skeletons buried under the ground all the way from the Coleham bridge, to the bottom of the Wyle Cop and right up to and past Tanners Wine Merchants.

You don’t have to have been a keen observer of the river to notice that along the man-made banks in the loop are chains that hang all along it.

These were installed at around 1912 after concerns were raised that too many people had fallen onto the river and died.

So to improve safety the chains were installed. The idea behind them was that if someone fell in then they would be able to grab hold of the chains and pull themselves back out. I don’t know if the idea of a barrier had been discussed but no doubt cost would have been a factor. 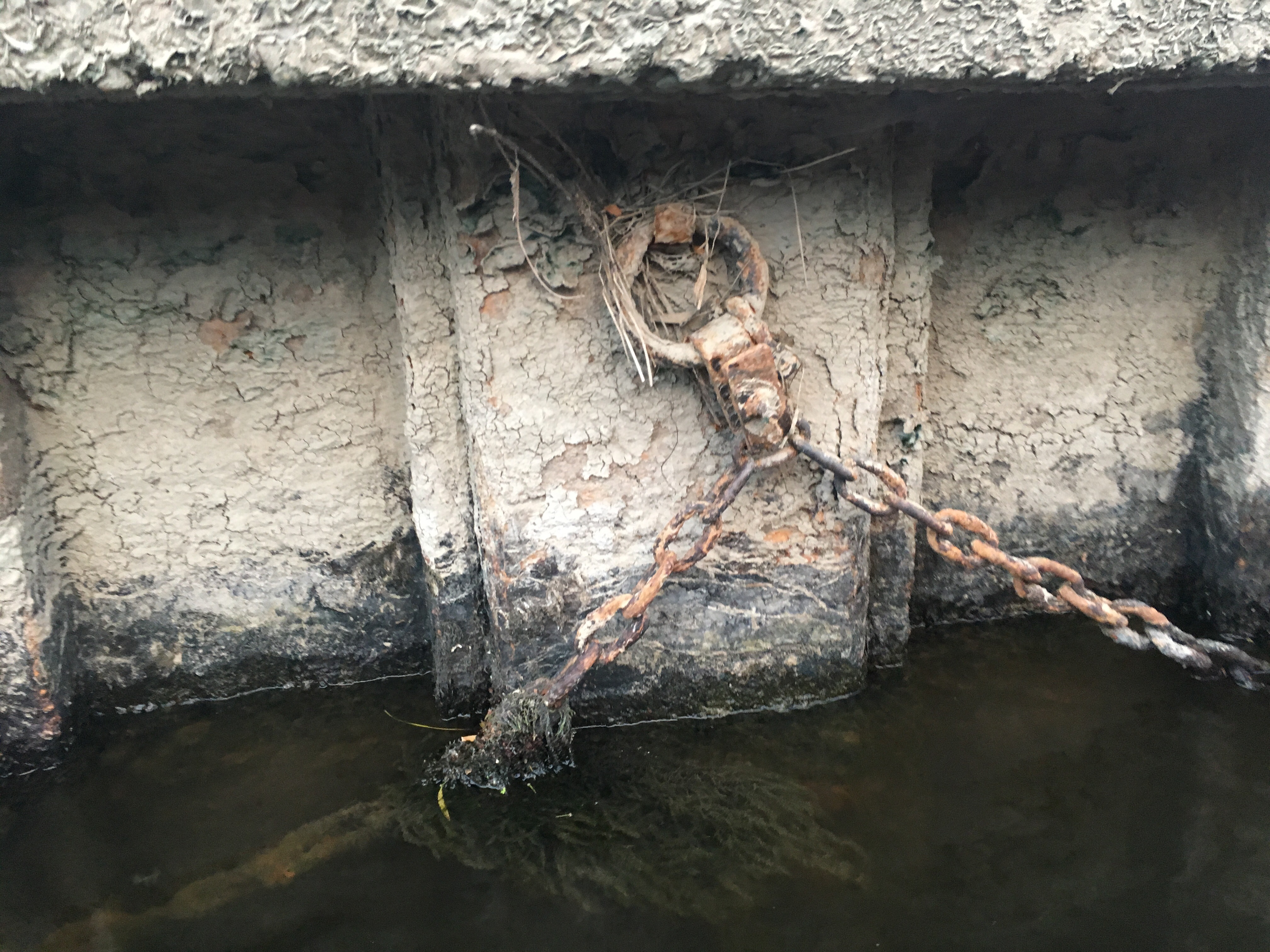 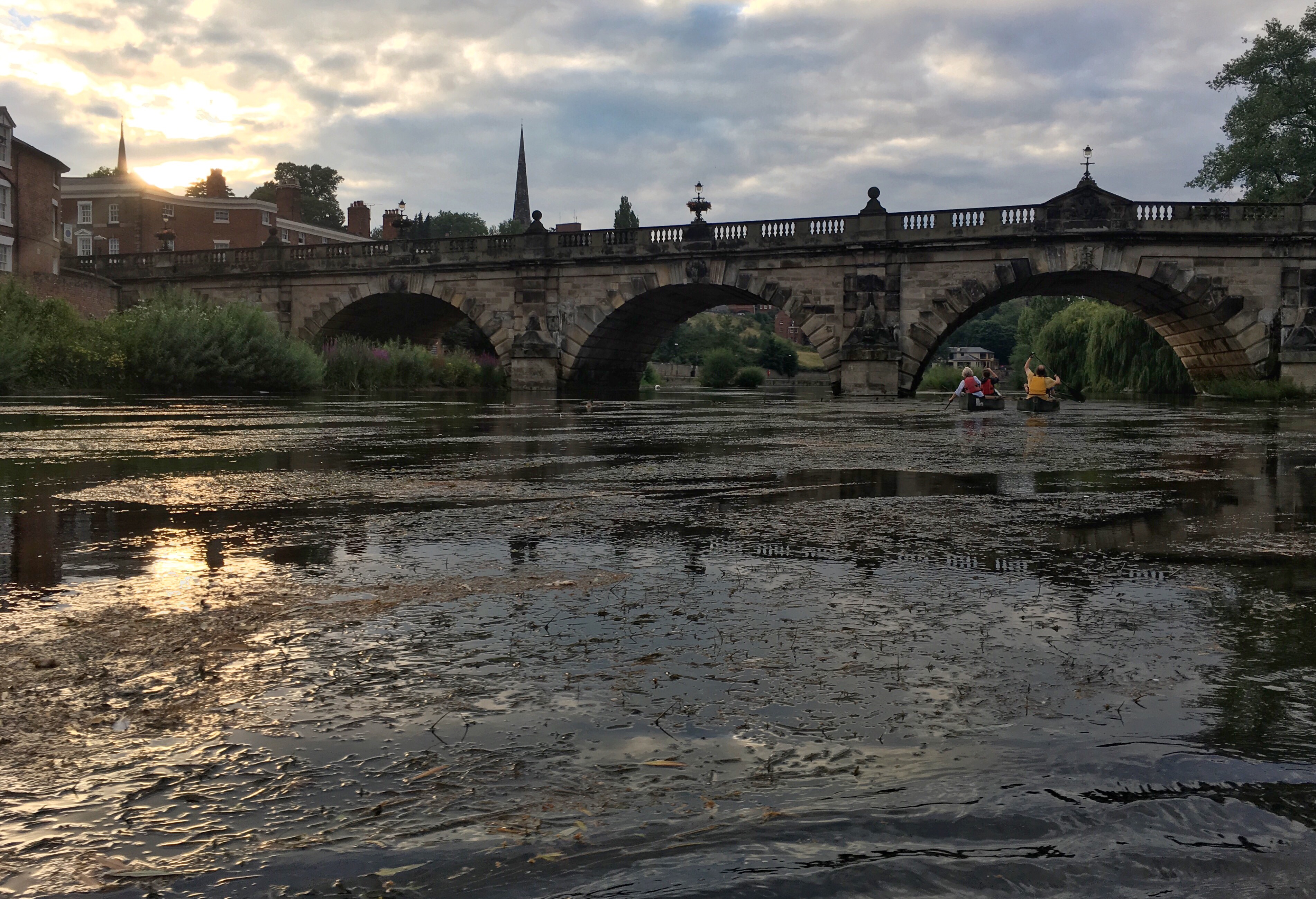 A bridge has stood here since the Norman times and the current bridge was built in 1769 and was widened in the 1920s.

The river here used to form two big channels as you can see from the 1540 Burghley Map of Shrewsbury. The channel which is no longer there would have run where the entrance to the Gay Meadow was, between the Wakeman School (now part of the merged Shrewsbury College) and the houses and coffee shop.

Over the years islands would appear and disappear in this area, made from gravel brought here from the Reabrook which joins the Severn just before you get to the current bridge. Disputes over who owned these islands would rage between the authorities of the Abbey and those in Shrewsbury town over whose jurisdiction they fell in. It was important because of things like fishing rights. Often, as Nigel explained, the issue of ownership would be solved, only for the island to then be washed away. 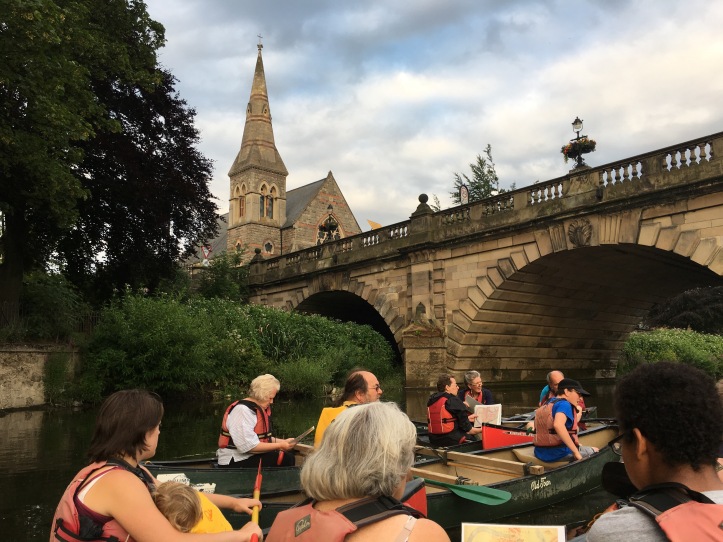 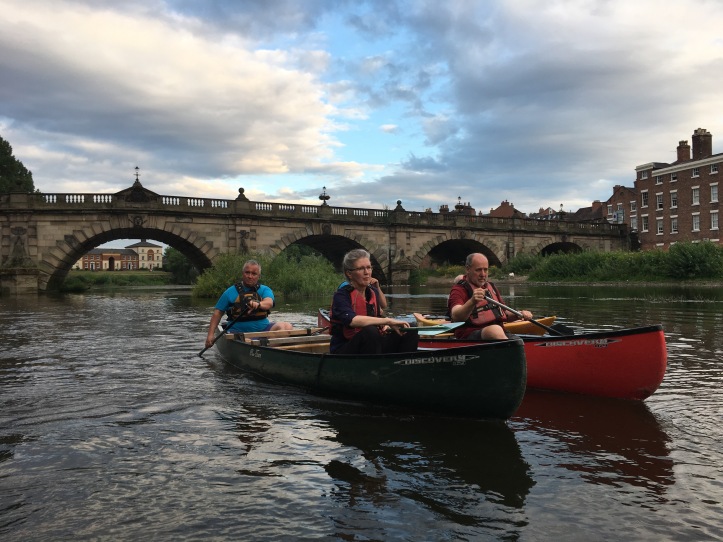 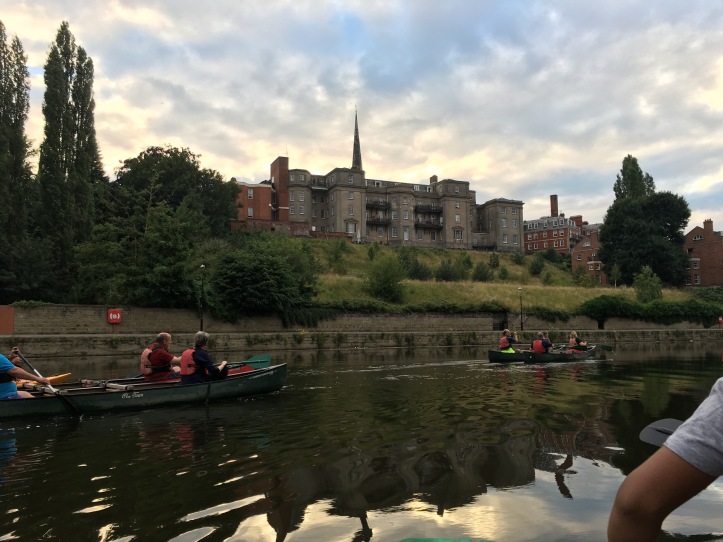 Heading to the end of the tour, you go past the Old Infirmary, and on to a beautiful building called Union Wharf.

This was built in 1820 for barge traffic and it lies next to Traitor’s gate.

Traitors Gate is the last medieval wall and gate you come across on the tour. Interestingly, on top of it, which has grown over with grass, there lies a collection of strange artifacts and figurines. The origin of which, and why they were put there, is unknown. But they are very old and still in situ.

As mentioned before, this is where the Blackfriars were based in medieval times and as a result hundreds of bodies will be buried under the lane, stretching right up the hill.

The next landmark is the railway bridge and this marks the symbolic end of the tour.

The River Severn in Shrewsbury for nearly all its history was the prime focus for trade and transport. But when the railways came, and the train station was built in 1848, this marked the beginning of the end of the river’s economic importance to the town. The station was expanded between 1899 and 1903 which meant further decline in the use of the river to transport goods. This old method was much too slow. However, you might be surprised to know that the final nail in the coffin didn’t come until 1975 when the M54 was completed. Up until then there was still a small amount of traffic on the river as some people will probably still remember.

This marks the end of this three part series of the Paddle into the Past special. It’s a summary of what Nigel taught us on the tour but for the full experience I highly recommend taking the tour yourself. It’s organised by Drummond Outdoor 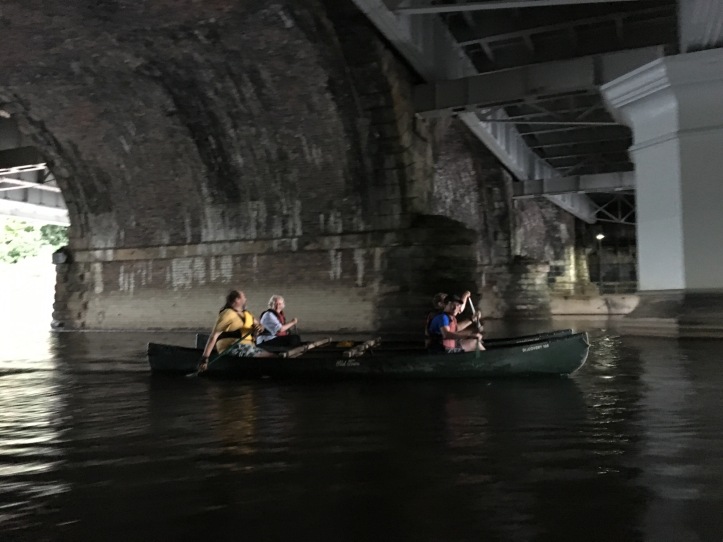 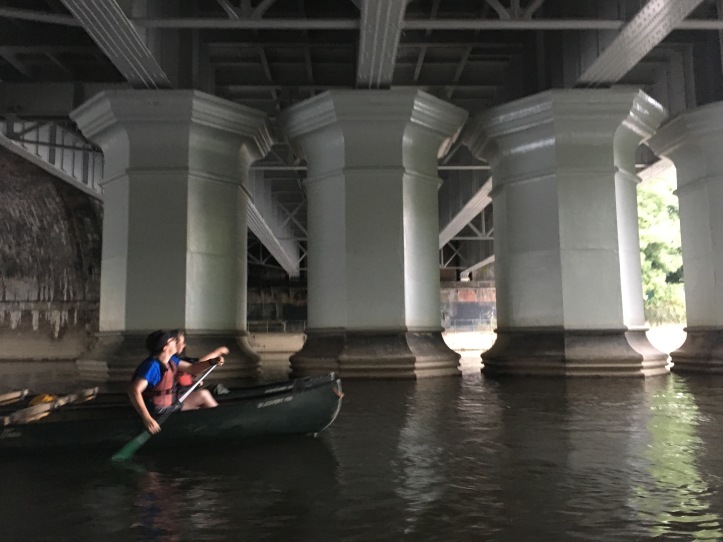