It’s a Sunday morning in April and Sarah Jenks pops next door to see her elderly neighbour Mary Watkins.  Sarah opens the door, walks in, and she can smell the faint whiff of stale smoke in the air.

She catches sight of Mary, who’s covered in soot and whimpering in pain. Sarah gently peels the clothes off her neighbour’s back…and the problem becomes clear.

Mrs Jenks washes the wound with water and soap, and dresses it with vinegar; Mary wincing with every gentle touch.

It was a particularly busy year for Mary.

Her name was well known in Shrewsbury especially around the red-light district in Mardol.

In February a young man called Amaza was said to have been keeping dangerous company. He’d come to the town from Llanfair and had gone to the King’s Head on a Friday night.

Another man “challenged his pocket” (asked him to buy a drink), and so Amaza pulled out a sovereign to pay. Mary Watkins took the money, called for some rum and walked off. When it was clear she wasn’t coming back with drink or money the young lad called the police who came and arrested Mary at her house down the passage. As they were arresting her she dropped 15 shillings and 6d on the ground.

The money was handed over to Amaza who said he didn’t want to take the matter any further and Mary was discharged. 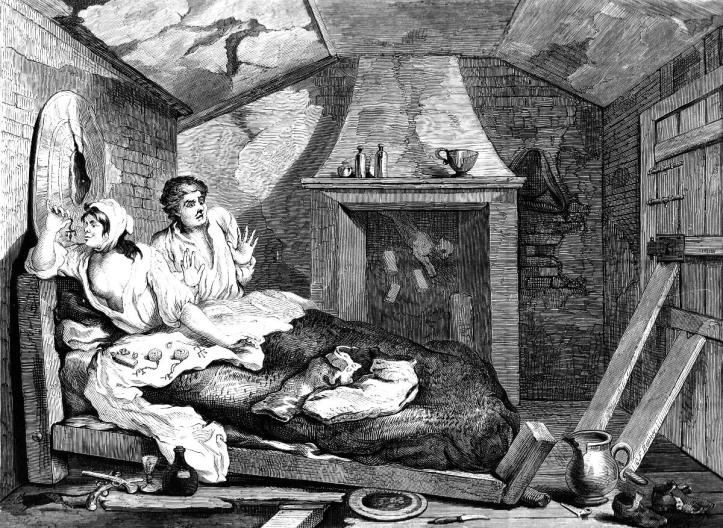 In May, Watkins was fine £2 and 9 shillings for permitting her house to be a used as brothel.

In June she was in trouble yet again.

On Saturday the 10th a man called Thomas Davies from Morton Common near Oswestry were on their way home from Priors Field Wolverhampton, where he worked.  He missed the final train so he and a friend found a place to stay at a respectable Inn.  That evening they had two or three jugs of ale. Beer of course takes its toll on the bladder, and when nature called Thomas went outside to relieve it. Mary Watkins, not one to miss an opportunity, draped her arm over his shoulder and “took some silver out of his trousers’ pocket, and also two sovereigns and two half sovereigns which were wrapped up in a piece of paper in his pocket”.

He then followed her to her house in King’s Head Passage to – as you can see from the article below – “inquire” about the money. In doing so a bottle of port went missing from his pocked too.  He reported the matter to the police.

By this time the authorities were pretty fed up with seeing her, and as you can see from this article in the Shrewsbury Chronical, she was a regular jail bird, so they gave her a tough punishment.

Prison certainly didn’t rehabilitate Mary, or act as a deterrent.

I have been unable to find out if she was found guilty and sent again to jail again…although it’s a strong likely hood.

April 1869 – In a house on Hill’s Lane, elderly “cripple” Mary Watkins is lying on the floor covered in soot and severely burned. The wounds on her back are being gently washed with soap and dressed with vinegar by a caring neighbour, Mrs Sarah Jenks.

Mary is 70 years old but severely ravaged by age and a very tough life, and so she needs help with smallest of tasks, like getting dressed. She lives on her own and so Sarah regularly pops over to help her.

Mary in great pain, lay down on her bed and rested as comfortably as she could.

The next day Monday 26th April she manages to make her way, nearly a mile, to the Infirmary by the river where her back is dressed with bandages. She went again on Tuesday, but by Wednesday she had become too weak and could no longer make the journey.

A surgeon from the Dispensary in Belmont, Mr Edwards, is called and comes to see her at her home. He suggested she returns to the Infirmary as an inpatient and so Mrs Jenks too her.

But they refused to take her in…saying it was case for the Workhouse Union at Kingsland and so the Board told Sarah to take her there.

A number of days had passed, her back remained untreated, and on the 1st May Jenks took Mary to the Union, who took her in. 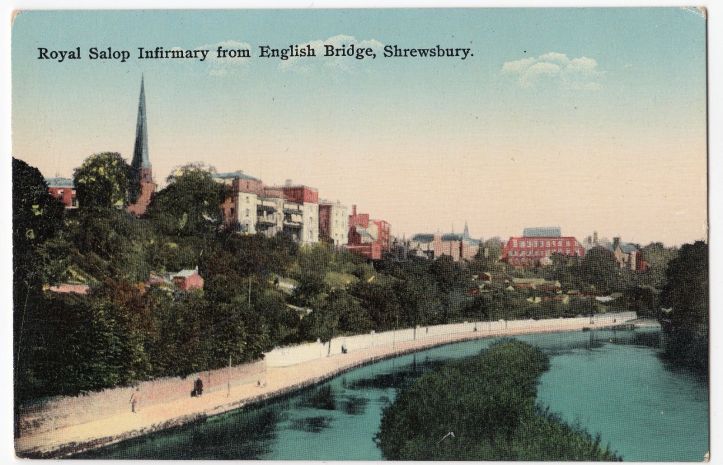 She was examined by Mr Blythe, the surgeon, who said the burn on her back was extensive. He asked her how it happened and she told him she’d been getting changed with her back to the fireplace when her chemise caught fire. My Blythe sent her to the Union hospital and where her wounds were treated and she was prescribed a “nourishing diet”.

Sarah visited her twice more, but Mary became weaker and weaker and eventually “sank from exhaustion”.

An inquest was held on Wednesday 19th May where the verdict was given: “Accidental burning”.